Brexit and the Future of the Natural Environment

Whatever people think of the European Union, it is a plan fact that a huge amount of funding for the environment originates through EU funded schemes - such as Countryside Stewardship which is the central pillar of the UK's environmental response to the Common Agricultural Policy.

Parliament's Environmental Audio Committee has launched an inquiry into the Future of the Natural Environment after the EU Referendum. Hopefully, this enquiry will not only pull together an insightful and accurate picture of the current funding for the natural environment, but will be welcomed by a Government with the will to ensure robust and effective new funding streams replace those currently delivered through the EU.

Although intended as an agriculture-led funding stream, Countryside Stewardship  is presently the main source of funding for many important wildlife sites, many in public or third-sector ownership, including many National Nature Reserves. Not only does this funding ensure these sites are managed, it also provide a powerful incentive to ensure that their management is truly focused on biodiversity gains.

Equally, stewardship (and the Woodland Grant Scheme which is now part of Countryside Stewardship) have provided powerful incentives for private landowners to invest in environmental improvements and biodiversity, undoing some of the damage of earlier incentives to drain wetland, 'improve grassland' and rip out hedgerows.

The current, and presumably final, round of European structural funding was the first where the UK decided to adopt explicit habitat-related objectives. Though some areas failed to grasp this opportunity, many did creating the opportunity for significant and innovative new projects such as The Black Country's Blue Network. ERDF and ESF funding has also provided the foundation for the majority of significant regeneration projects across the UK for several decades.

The prospect of 'Brexit' creates a scenario where this could all unravel. It is far from certain what proportion of the fund currently sent to Brussels and returned as environmentally-targeted subsidies and grants will continue to be applied to these priorities. It will now go into a huge treasury pot, and the environment will have to line up alongside, or perhaps more likely, behind those causes, from the NHS to reduced taxation, we were told would be the beneficiaries of Brexit.

The aspirations set out in the Natural Environment White Paper and Sir John Lawton's Making Space for Nature, were high but set out an achievable challenge to protect and even transform the UK's landscapes for the better.

The next few years will redefine the whole funding landscape for the environment and biodiversity; whatever decisions are made their implications will echo down years and be the main factor in deciding whether we achieve those aspirations or fall miserably short.

Everyone wants to be in at the beginning of something big, so here's your change.

There's a petition to Parliament calling on the government to Introduce legislation to combat light pollution.

This map shows the scale of a problem that is wasting energy, disrupting wildlife and robbing the majority of humanity of the opportunity to see the clear, dark skies that our ancestors looked up in wonder at for millions of years. 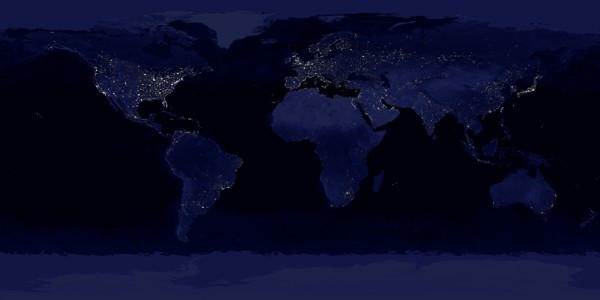 Please, if you value the opportunity to see the stars, sign the petition.

No, I'm not advocating hitting the bottle to blot out all your worldly worries...

I've been fortunate enough to sample the newly available soft drinks from Lemonaid beverages. Lemonaid & ChariTea e.V. is a not-for-profit charity that is taking a very direct route to supporting community project and social enterprises in developing countries. As well as directly raising funds through sponsorship, they have launched a range of beverages all containing only organic and fairtrade ingredients. The drinks are lightly carbonated 'lemonaids' and a range of 'chariteas'.

But before supping up - let's do this backwards and look at the important bit - what they do with the money they raise. Each bottle sold gives five pence to the charity, this is added to sponsorship and other donations. Five pence a shot may not sound much, but already over £560,000 has been raised for development aid projects.

The supported projects are chosen to benefit the communities producing the ingredients that go into the products. these are the projects they highlight:

The Instituto Intercultural Ñöñho in Querétaro, Mexico receives £20,000 a year from the charity to support their work, which include training women as social entrepreneurs and tackling unemployment and social exclusion.

In  South Africa only white farmers were allowed to grow rooibos ('redbush') under apartheid, so the 2001 establishment of a co-operative of black farmers in Suid Bokkeveld to grow rooibos has great symbolic significance although the farmers still face a number of challenges. The charity has financed a solar power system to supply the growing region with electricity.

The Escuela Agroecológica San Juan has around eighty pupils learning the essentials of organic agriculture. The charity supports both teacher's salaries and infrastructure improvements at the school.

In Sri Lanka young adults from both the both Singalese and Tamil communities come together to learn a wide range of vocational skills at the Diyanilla Technical Institute.

The Centreo de Apoyo a Niños y Niñas del Abasto in Paraguay is a nursery that offers support for play and learning to young children working in the Abasto wholesale vegetable market on the outskirts of Asuncion in Paraguay.

On reading about these projects my main impression is that these are existing local initiatives, rather than well--meaning projects initiatied and run by outsiders. Having managed a local charity myself I can vouch for the fact that nothing is more valuable than simple support for an organsiations everyday activities. Many funders want to pay for 'innovative new projects' or 'additionality', when very often the greatest boon to an organisation is straight-forward funding for the day to day activities their beneficiaries most benefit from.

So what about the drinks? 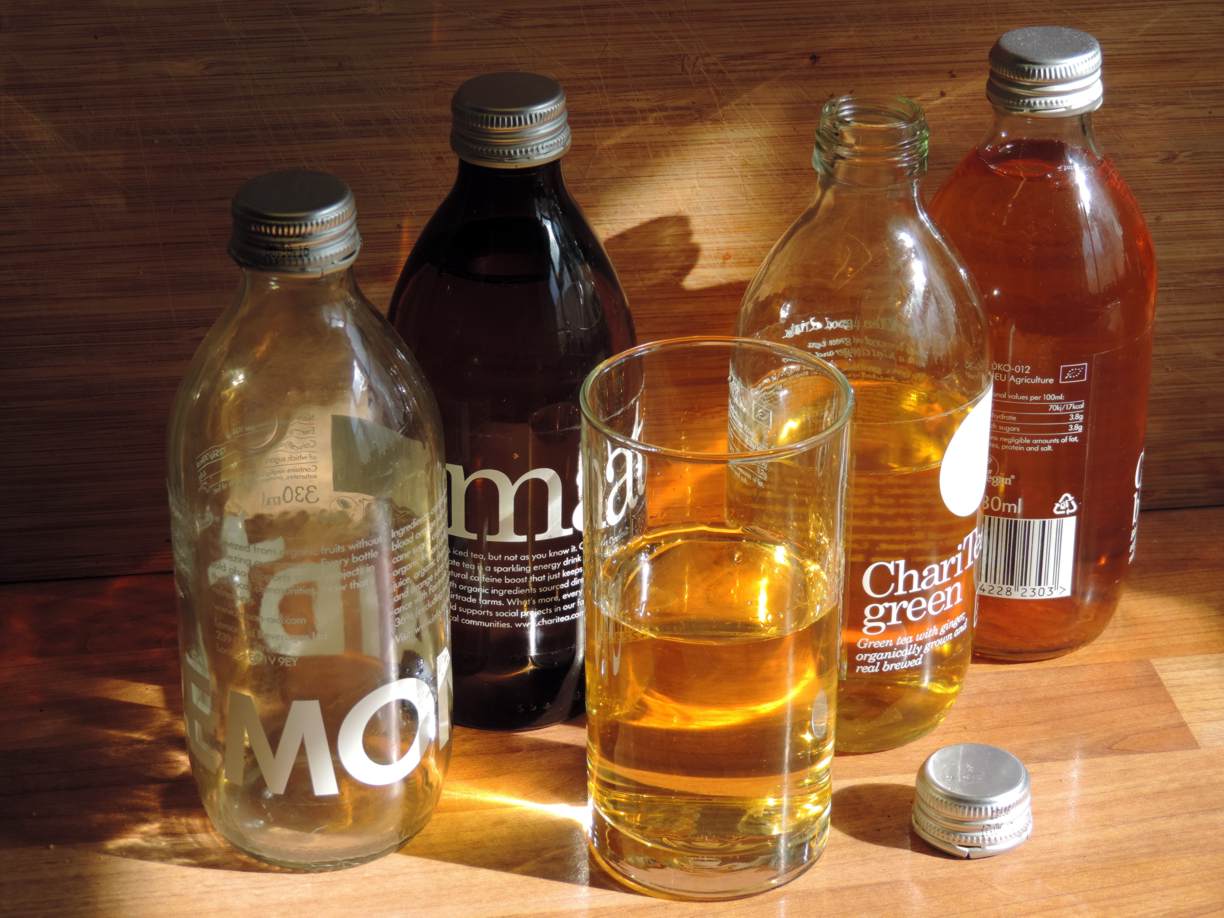 Slightly confusingly the 'Lemonaid' range is not lemonade... in fact it comprises three flavours of organic soft drink lime, passionfruit and blood orange! All made entirely from organic, fairtrade ingredients. All three varieties are 'lightly sparkling' rather than crammed with CO2 and they come in 330ml bottles. All three flavours are vegan.

I'm a sucker for anything with passionfuit in it and Lemonaid Passionfruit has a great, subtle taste leavened with a touch of lime and mango juice and sweetened with a little cane sugar. yes added sugar, but  at 25 calories for 100ml I think they have a good balance between sweetness and sense.

Lemonaid Lime is the stand-out flavour for me, it has a real zing and a bright, fresh flavour. Containing just lime juice, cane sugar and fizzy water, it's the simplest of the lot.

Stock orangeade is not really known for its sophistication. Tango and Fanta fans will find Lemonaid Blood Orange a bit different. It still has a classic orange flavour, but it is a more subtle and complex taste, spiced up with traces of grapefruit, lemon, orange and even cherry juice. This is a drink that you can sip slowly and appreciate, rather than gulping it down.

The ChariTea range are organic 'iced teas' (i.e. with the milk missing and cold!) As a lifelong tea drinker (milky and hot please), I must admit I've never drunk iced tea before, so it was with some apprehension that I approached these  bottles! Before we start, they are all in the same 330ml bottles. Sweetened with agave juice they are just 16-17 calories per 100ml so about 50 calories per bottle. The green tea contains a dollop of honey as well,but the other three types are vegan.

Charitea Green is pepped up with ginger and was probably the tea I was least nervous of, being a fan of ordinary green tea even if I don't drink it very often. I found this a light and very refreshing drink, with the ginger taste being quite restrained - it isn't a fiery ginger beer.

I expected Charitea Black to be a bit stronger, but in fact it is even 'gentler' in flavour than the green version. Personally i found it a bit too subtle, although the tea flavours are well balanced with the lemon I think it would benefit from being a little stronger, if only to match the drinker's expectations.

Two of the 'teas' are really 'tisanes' or herb teas. The now familiar Rooibos or 'Red Bush' from South Africa and Mate from South America from the herb Yerba. Both are prepared in a similar way to tea.

Charitea Mate was a new experience for me. I was surprised how 'tea-like' it tasted, in fact if this was a blindfold trial I would probably have guessed that this was Charitea Black! A robust, complex flavour like well-steeped tea and a less obvious overtone of orange. This is an interesting and pleasant drink that took me by surprise and won a Great Taste award in 2015. This is certainly the one to try if you want to experience a taste that is different without being completely unfamiliar.

Charitea Red - I must confess I am not a big fan of rooibos; I used to drink it at work, but it was always a toss up between redbush and coffee when the tea bags ran out! Caffeine and tannin-free it's really very different from a traditional cuppa. But did I say I was a sucker for passionfruit? Well Charitea Red has 5% passionfruit juice and a dash of elderberry as well, so I must confess that much to my surprise this was my favourite of all the Chariteas! There's a nice fresh passionfruit start, and a subtle finish as the complex flavours of the rooibos dominate in the after-taste. It's probably the most complex of all the drinks I sampled. 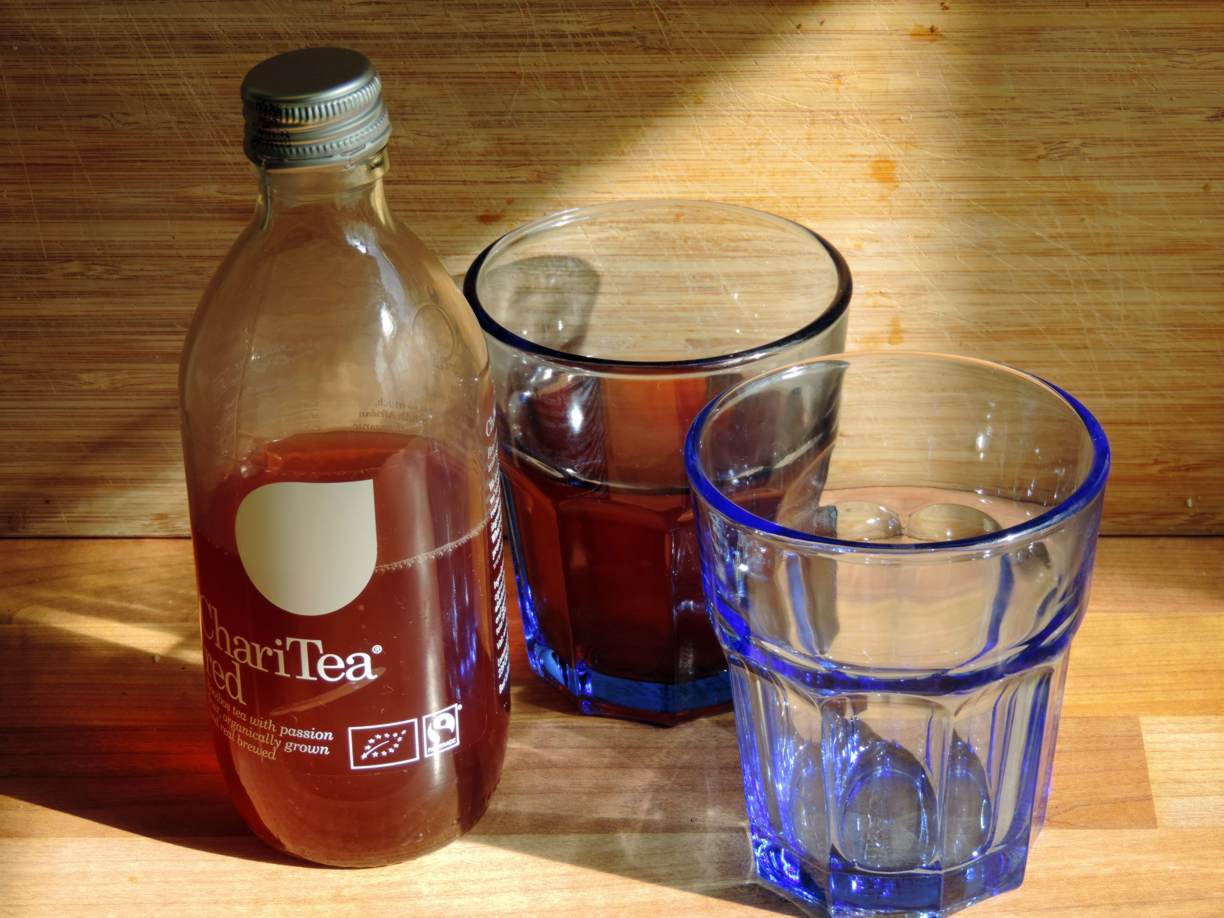 So will I keep drinking?

I most certainly will, although they are not a common sight on the supermarket shelves yet you can buy them at a dedicated online UK shop.I am sure both Lemonaid and Charitea have bright futures. Yes it's good to know that as well as being both fairtrade and organic each purchase is supporting worthwhile initiatives in developing countries, but these are products that stand up on their own. You won't be surprised that that Lemonaid Lime will be my favourite thirst quencher, but I'm surprised to find that ChariTea will be my choice for relaxing on a sunny evening.

Here's a list of places that stock Lemonaid and ChariTea:

It's taken a couple of months, mostly in fits and starts of enthusiasm, but after considerable effort to master the intricacies of Joomla we have new website.

We hope that you will find it mush easier to use than the old one There's a lot of extra content which is hopefully easy to find, but easy to ignore. You can navigate by the menu across the top, internal links, the search bar or using 'tags'. We have also added a selection of icons that link to our case studies.

There is also a repository of useful documents, all of which we believe are in the public domain, but many of which can be hard to track down, Hopefully you will find these useful.

Finally, as this is a blog and not in the 'serious' part of the website, here's a gratuitous picture of Luna the office labrador as a pup. Let's face it, having pictures of cute puppies on your website is the most effective form of Search Engine Optimisation there is! 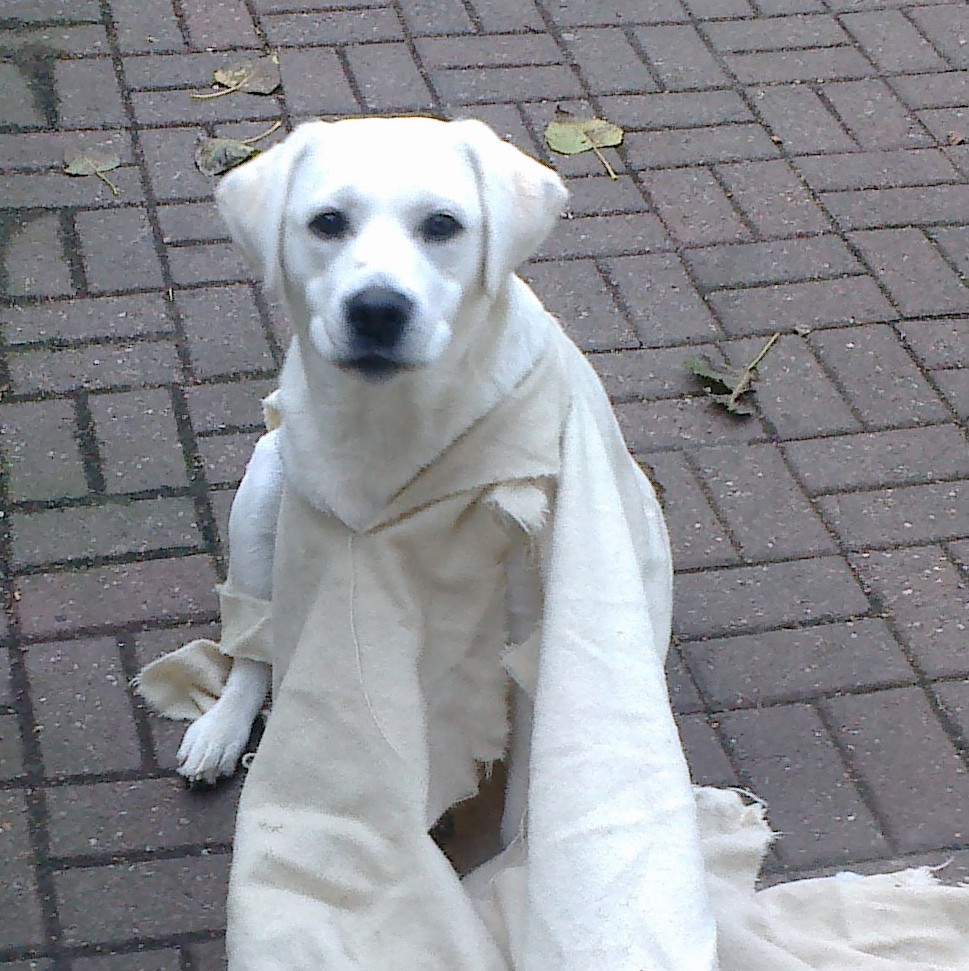