This major project has been undertaken on behalf of Redditch Borough Council and has recently been completed. The work undertaken has been to produce a comprehensive strategic framework for River Arrow Country Park, in order to guide the future development and maintenance of the Park. The commission included preparing a £2.5M bid to the Heritage Lottery fund, as well as supporting other planned bids to funders such as Sport England and the Football Foundation.

The park follows four miles of the 364ha River Arrow and divides the new town of Redditch in two. As well as being the most important resource for informal recreation in the borough, it contains two Scheduled Ancient Monuments, a local nature reserve, two visitor centres, a museum and extensive sports facilities, including national-standard BMX and Skate Park facilities. The Country Park’s landscape is the most important part of the borough in terms of both historic and natural heritage, telling the story of Redditch from pre-Roman times, through the early industrial revolution to the establishment of the new Town and beyond.

The work has been carried out by a multi-disciplinary team managed by NW Environmental, comprising several of our associates:

Aspects of the work have included:

The Strategic Framework is based around a park-wide masterplan with detailed plans and visualisations for key elements within the overall framework, including provisional costings and extensive supporting evidence. Key elements of the framework include: 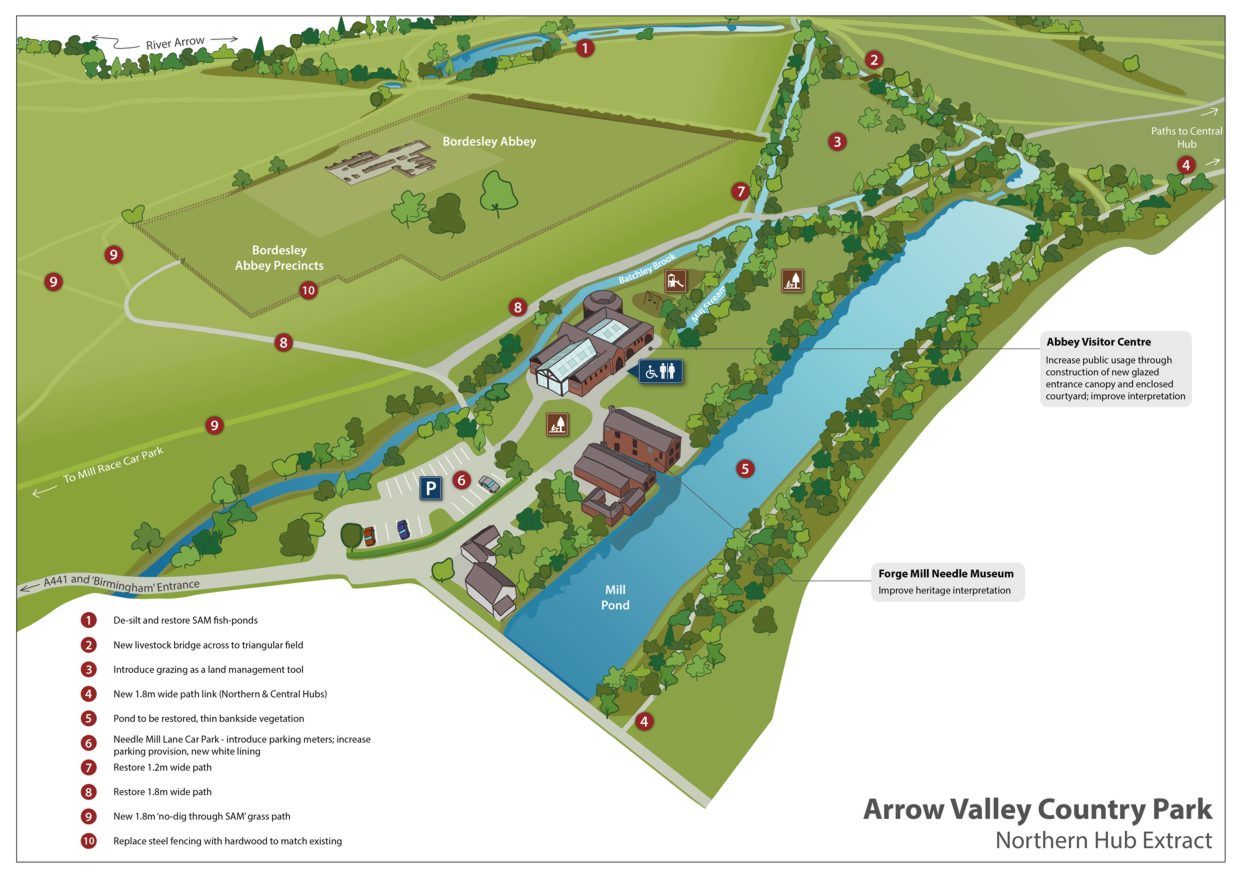